How to Retrain Your Brain to Speak Well

You Can Retrain YOUR Brain to Speak Well. | taught by Michael Williams
Watch Intro Video

That’s right. You're not stuck struggling with your current speech forever. No matter what you've tried before, or what you've read or heard from the experts, you have the power to change the way you speak right now. 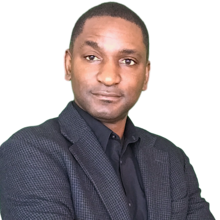 Michael Williams is the go-to-guy when it comes to speech improvement. His specialty is working with people who struggle with stuttering. As a former stutterer himself (more than 20 years), he perfectly understands what it is like to not be able to say what you want to say, when you want to say. However, his expertise is not limited to people who stutter. Because his speech system is so effective he has also used it to help people who struggle with fear of public speaking and presenting their ideas in a clear and confident manner.

Michael was hired in 2012 and 2013 to spend approximately 8 weeks total in India coaching a client who is both a medical doctor and business man. In addition, Michael coaches clients via video conferencing from countries such as, Australia, Saudi Arabia, Denmark, United Kingdom, Israel, Canada, South Africa and of course the United States. His clients are often Executives in Engineering, IT, Medical Doctors and other fields. Many, of his clients speak English as their second language and Michael has been able to help them dramatically improve their presentation and conversational skills such that they often wind up quickly receiving promotions as well as doing quite well in Toastmaster presentations. One client received two standing ovations and had the audience in tears. Another client, is now the President of a Toastmasters chapter. All of these clients went from stuttering to excellence speech in a relatively short period of time, which clearly demonstrates the system’s ability to create powerful speakers even in the most extreme cases.

Michael has published an ebook and literally hundreds of instructional videos. He has published high quality courses on Udemy.com and on his own website, Pro90d.com/ and is constantly invited to publish his courses on other websites as well. Two such groundbreaking courses are the NEW Pro90d 3.0 Focus Self-Study and How to Retrain YOUR Brain to Speak Well. These courses have forever changed the way people improve their speech on the go.

Here are just a very small sampling of what some of his clients say about the impact his system has had on their careers and lives overall:

“I am able to be more fluent and confident at meetings and discussions at work.”

“It has helped me to gain respect among peers and executives.”
“Michael does not “repair a limited speech” - he goes straight ahead in creating a new, an excellent speech (as he describes it) - this is much more than I expected.”
“Don’t get stuck like me in same position in the company for years, do something right now. I missed so many opportunities in life. I really regret not taking this service before.”